There's nothing quite like your first experience on a real television production set surrounded by incredible professionals in the industry. But that was the privilege that I recently had on the set of Magnum P.I.!

At about 2:30pm on a Friday afternoon, as I prepared for my 5:30pm gig at Wahoo's Fish & Tacos on Ward Avenue, I received a phone call from my talent agent representative, Aubrey, of Hawaii's Best Model and Talent Agency.

Aubrey: "Hi Rach, are you able to go to an audition?"

Now, as you can imagine, my mind began working overtime trying to figure out how I could be in two places at the same time, and I needed to figure it out quickly!

Me: "Sure! But I'd have to be able to go right in and audition, so that I can make it to my gig on time."

That old saying, "The Show Must Go On," is only true for theater. In reality, there is no show when the only person hired to sing for the night doesn't show up! But she agreed, and off I went to the audition!

With 10 minutes to spare, I quickly exited the car, signed in and read over my lines. There were none! I needed to improv! They called me in! Here goes nothing! Now at this point, my nerves usually take over. However, considering that I was hyper-focused on getting in there, doing my best, and getting out in time for my show, I didn't even have time to be nervous. So I listened for instructions and went for it. What style of acting did I use you ask? Method. Not intentionally, but the role called for a distraught mother whose daughter went missing for 2 years. Now, they've found Isabella, the daughter, and her mother and father are reuniting with her at the hospital. As a mother of a daughter almost the same age as the little girl in the script, I could absolutely identify with how that mother would be feeling. As parents in general, we can easily empathize with these types of scenarios since we are often afraid of those kinds of situations happening to our own children. I didn't overthink it, I lead with my emotions, nearly crying during the audition. After two takes, they called it a wrap and I was well on my way to work! 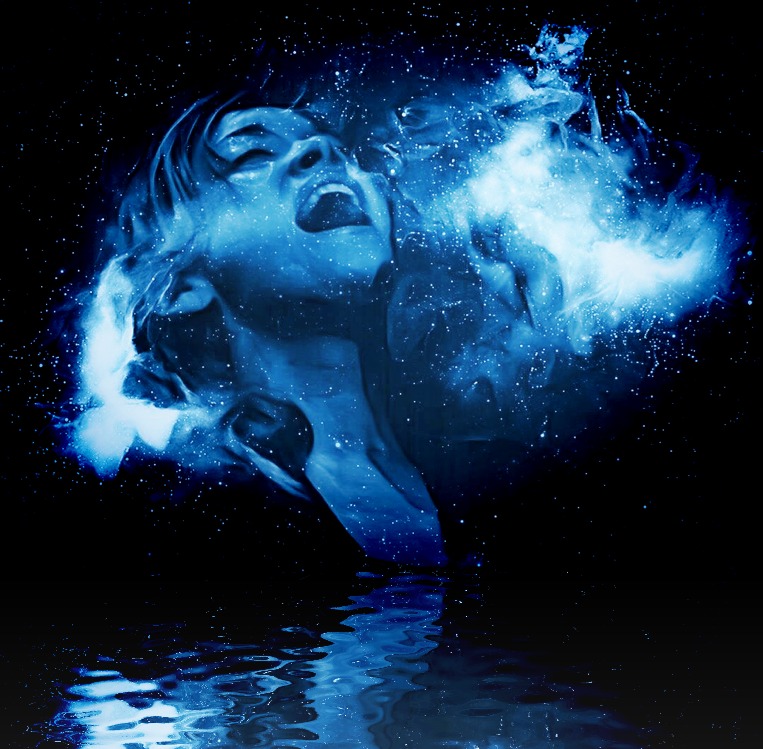 Over the next few days, I can honestly say I hadn't even thought about the role. My fellow actors out there know that we can get many auditions, but we don't always book. So, I assumed that someone else had landed the role since I did not get the call back, and had moved forward with that in mind. Boy was I wrong! By the following week, only two days before that scene was to be shot, I received a text.

Aubrey: "Are you free on the shoot date?"

Me: Confused I responded back, "Yes, is everything ok?"

Then my phone rang. When I answered, I heard three voices on the phone unanimously screaming:

I laughingly responded, “Haha, congratulations for what? What’s up guys?”

There was more laughter and joy on the other end of the phone and a voice said, "You've booked the role!"

My face turned beet red. Disbelief washed over me...I booked it? And without thinking I utter...

Lots of laughter on the other end!

The Three of them laughing even harder: "YES!!! YAY! Congratulations! This is so exciting! Your first network featured role!!!"

Now I'm elated! I did it! I finally did it! A million auditions later and I can actually say I booked my first role on a network television show! A lot of joy and a few grateful tears later, and I receive another call. It was the casting department with instructions for the shoot plus a dress fitting the next day! Then, lights, camera and action the day after that! So crazy, so fast, so exciting!

I go in for my first EVER dress fitting! Their wardrobe director was absolutely AMAZING! She made me feel so comfortable and made the process easy!

And now it's here...the Main Event...I arrive on set. Fear and panic wash over me. "What if I can't cry? What if I freeze? What if they're disappointed with my performance?"

My husband, who was permitted to come with me on set, gripped my hand to reassure. He said, "You're going to do great hun! You're an amazing actress. You've got this."

Calm, cool and collected, my husband, a seasoned actor who's been the lead bad guy on many television shows like Marvel's "Inhumans", CBS' Hawaii Five-0, and Lifetime's "Anniversary Nightmare", amongst others, continues to encourage me.

Not long after I arrived, I was lead to my own trailer. WOW! It's got my character's name on it!

Then I was called in for hair and makeup. How fun! Getting my hair and makeup done right next to the main actor himself, Jay Hernandez. I didn’t utter a word. Not because he's a celebrity, but because any sound I made only made my stomach do more flips. LOL!

Then a little while later, it was showtime! I got on set. I saw a lot of metal and wooden frameworks everywhere in this warehouse. But then...I turn a corner to where I would be debuting my first television performance, and there it is...an actual hospital set right before my eyes! I'm not talking about molded pieces and carvings of an office, but what looked like a fully functioning hospital stocked with actual hospital supplies, nurses, doctors, patients, and an elevator that didn't actually work, but could've fooled anyone into believing it could. It was a whole world built just for this scene! We had wardrobe and makeup artists ensuring that we looked every bit the part that the writers and directors wanted us to look! Then my on-screen husband and daughter introduced themselves to me and my real husband. They were so nice and we had a little time to get acquainted before the shoot. Not long after that, it was the real "showtime!"

All my fears disappeared when we began filming and I hadn't seen a camera in sight! How did they manage to film, and have an entire scene shot, without one camera being spotted by my hawk-like eyes? I will never know, but it happened. And as if my whole body knew instinctively what was expected of me, I jumped right into action when the director told us to. The tears came, the worry and anticipation washed over me, and just like that, I went from being an actress, singer and songwriter to "Isabella's Mother," fearful, ready and anxious to see my baby girl again. I felt it. Every ounce of love showered on this child and every tear shed with the knowledge that she is now home and safely in my arms again...my world was right once more.

"Cut!" shouts the director. And the tears stop immediately. I am me again.

A few hours of doing this scene over and over again, waiting patiently as they reset cameras and as stand-ins held our places, and many, many tears later, they called it a wrap! Just like that, I was done!

It was such an incredible and surreal experience! I had stories to share with my family and was very grateful to share that first experience with my husband. It was amazing! And let me NOT forget to mention how incredible their cooks were! Talk about DELICIOUS food!!!

When the show aired in December, it was like I was watching someone else. I just couldn't believe that happened! So much hard work and effort was put in by the staff, actors, directors, cameramen and women and everyone else on set! They were true professionals and they were all so very encouraging!

I will truly never forget that experience, and am so grateful to everyone who helped me to audition for and book this job! It is one of my most favorite memories ever, and I'll never be able to thank them enough!

Be sure to check out Magnum P.I.! It's a great show! And feel free to watch the episode I was in too! So far, it's my favorite episode! LOL! Just kidding, the whole show is so good! Although, being my first experience ever, this episode will always hold a special place in my heart!

Until next time FAMEily! Keep pushing, keep pursuing and keep tackling your dreams head on! You can do this!!!